Claudia Heinermann (born in 1967 Germany) studied Fine Arts at the academy in Enschede/NL. From 2004 onward she continued her education in documentary photography at the Fotoacademie Amsterdam. Today she is a freelance photographer living in Delft/The Netherlands. She is dedicated primarily to long-term documentary projects and contemporary historical issues as well as genocide and the consequences of war. She has worked as a photographer on long-term projects in countries such as Bosnia, Russia and Rwanda. Claudia has published three photo books so far and has contributed to numerous publications both in The Netherlands and abroad. Her works have been acquired by various Collections and shown, inter alia, at the following museums: Kamp Westerbork, Kamp Vught, Liberty Park/NL, Holocaust Museum Mechelen/Belgium, Deutsches Historisches Museum Berlin as well as in galleries in The Netherlands, Belgium and Lithuania.

The residency in Kaunas gave me the possibility to complete my work “About the Woolf Children”. By the end of 2014 and the beginning of 2015 I stayed 4 and a half week in Lithuania and most of the time I was based in Kaunas. During my stay I visited 14 wolf children in Klaipeda, Vilnius, Marijampole and on the countryside where most of the protagonists live. A young student from Kaunas assisted me with translating which was very helpful. At all places where we came we had a warm welcome and I had all opportunities to make a good portraits and to take photos in and around the house. I also spent many days on the countryside and in the forest for landscape photos and I could shoot what I still needed to complete the project. I had a couple of days with late autumn weather and also some days with snow and ice which was really perfect. By the end of my stay I started to work out the material in preparation for the upcoming photo book in October/ November 2015. During my stay was the group exhibition “post war stories” in the Kaunas Gallery. The team of the Gallery supported me fantastic and we had inspiring meetings and conversations. It was good to reflect the work with the team while I was there. It was also inspiring to meet other residence photographers who stayed there at the same time.

“About the Woolf Children”:

In 1945 when the Red Army conquered East Prussia, Königsberg was destroyed while the entire civilian population was forced to flee or be killed. Several ten thousand children were left behind or orphaned. Roaming the countryside and forests in small groups looking for food and shelter they were soon called “wolf children” (“Wolfskinder” in German). Crossing the Neman River many strayed into Lithuania begging for bread and leftovers while moving from one homestead to another. An estimated two thousand of these “Vokietukai“ were eventually taken in or adopted by Lithuanian families, most of whom lived in the countryside where the children helped out with farm work. Lithuanians under Soviet rule had to fear severe punishment, including deportation to Siberia for sheltering German children. To hide the descent of these children families gave them Lithuanian names and new identities – under no circumstances were they to speak German or disclose where they came from. Until Lithuania’s restoration of independence decades later, the existence of the “wolf children” was not talked about. Only after the fall of the Iron Curtain the true extent of their fate became known. Today some senty “wolf children” still live in Lithuania.

Since 2011 Claudia Heinermann together with journalist Sonya Winterberg regularly visits with them to record the stories of their survival. In her photography, Claudia Heinermann dives into their past while at the same time observing their contemporary lives; she captures moments of great pain and sadness telling the world about this almost forgotten trauma. 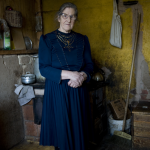 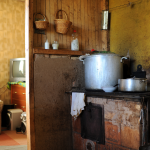 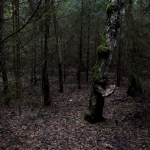 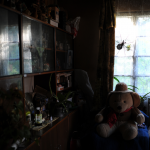 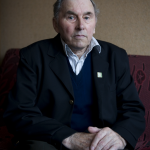 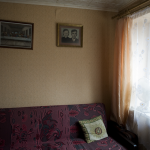 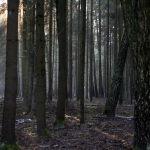 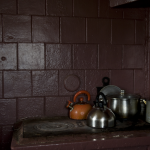 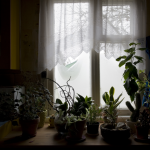 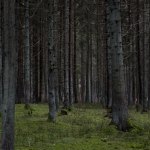