In this  project „manoeuvre | so far / SO CLOSE“ I try to explore once more the role of women within a system – this time from the perspective of a post-socialist structure and its far-reaching consequences from the history into the present. In post-socialist societies gender roles  are much more frequently shape in archaic traditional allocation of roles  than in Western Europe. Often it is the woman who next to the full-time job maintains the household and the children alone. But the prospect of such a life is often regarded as not particularly enticing: In single females, abortion is a common practice, and young girls are planning your immigration – at any cost what the cost.

From childhood on, girls grown up with planning to immigrate to compose a new outward directed, life script.

Always, it represents a major step, from its protective  to step out of the confine Family reviews and to develop an independent self image. This is particularly true in post-socialist structures, where this step is nowadays for the daughters much far larger than it was for their mothers.  „manoeuvre | so far / SO CLOSE converts this construction of identity in a new pictorial language.

The exploration of authenticity, done by enactment of different characters and role reversal, is a pivotal part of the idea. Every woman that poses in front of the camera, discloses much more than what is actually seen on the picture, as the staging creates its own reality. This approach tries to expose the codes of power formation for this social status, but defines the view on the person’s identity as a whole. Different roles embodied in daily life. The digital world of tomorrow is on the triumph and triggers a creeping cutting away of its own national cultural identity. The identity

The film ” bind date | MAMA” begins in the backdrop of a post-socialist Tristesse on a run down tower block, but this cliché of the scenario, is rapidly overcome. The focus aims the intimate relationship of a  young man to his blind mother, expressed purely  by dancing: the internationally celebrated Lithuanian dancer Andrius Strakele tries to get  her attention, sometimes floating, abruptly breaking off, while she  is cleaning dishes without eyesight,  cutting dangerously but without injury, beetroot, listening to the TV, whose magenta perceives red, wrongly configured media image, she doesn`t notice. Everything happens in the closest condition of the apartment. With the help of  “ deconstruct and reconstructive” dancing movements, the film MAMA goes without any distance in the intimacy of this microcosm. The physical exertion with strong attendant breathing noises of his son gives the not seeing mother reassurance and localization. Intense closeness can cause conflicts. This general principle can certainly be transferred to the political life of Lithuania. The approaching between mother and son in all their vulnerability is an allegory, of a political confrontation in a country where, despite all the promises which were given in the process of democratization, is taking over to resignation. The conflict-ridden sounding out of one’s identity, a need for separation and simultaneously the self-conscious reflection on the personal characteristics of the dancer acts downright as a parable on the situation of a hole generation .The younger highly trained generation looks vigorously for a opportunities and new forms of expression. 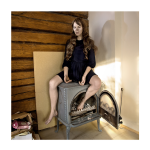 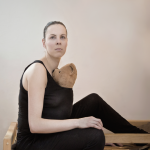 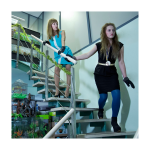 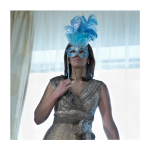 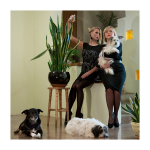 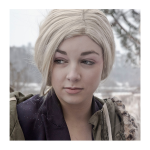 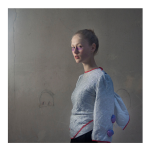 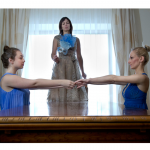 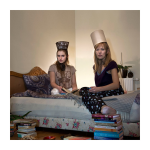 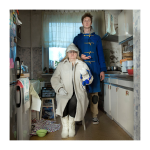