Olivier Pin-Fat’s work has been widely exhibited internationally throughout Europe and Asia. It has appeared in leading anthologies and books. He is currently working on 3 monographs. From 1998 – 2008 he was a member of Galerie VU and Agence VU in Paris. In 2011, he along with other founding members Tiane Doan Na Champassak, Gert Jochems, Ester Vonplon, Daisuke Yokota, Aaron McElroy and Antony Cairns set up the international collective of photographers called ‘AM projects’. He works with analog materials only. He lives in Italy.

I work with analog materials only, often outdated, in my attempts ‘to shift’ the image or aesthetic either in the film processing stage or in the darkroom with the paper print. Whilst in Lithuania, Kaunas Gallery kindly gave me a stock of expired film from the former Soviet Union as well as old Soviet fiber base papers from the 1980’s. Much of the film (120) rendered the image unprintable, which furthered my investigation into the destruction of the photograph. By deliberately limiting myself to work only with what remains, ‘what is given’, so to speak, through my processes, my project after the art residency began to take shape. My project, entitled ‘Pabaiga’, which was exhibited during Rencontres d’Arles this year, explores the nocturnal, the heart of winter, the derelict and damaged. A book of this work is forthcoming. All works are directly derived from my one month residency with Kaunas gallery. 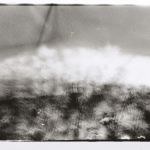 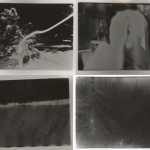 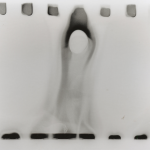 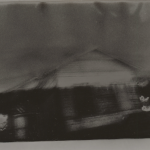 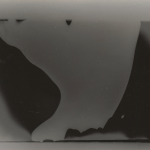 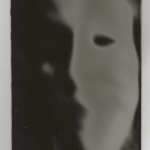 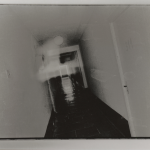 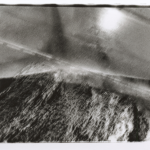 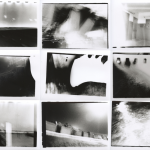 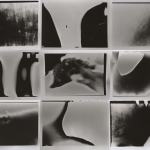