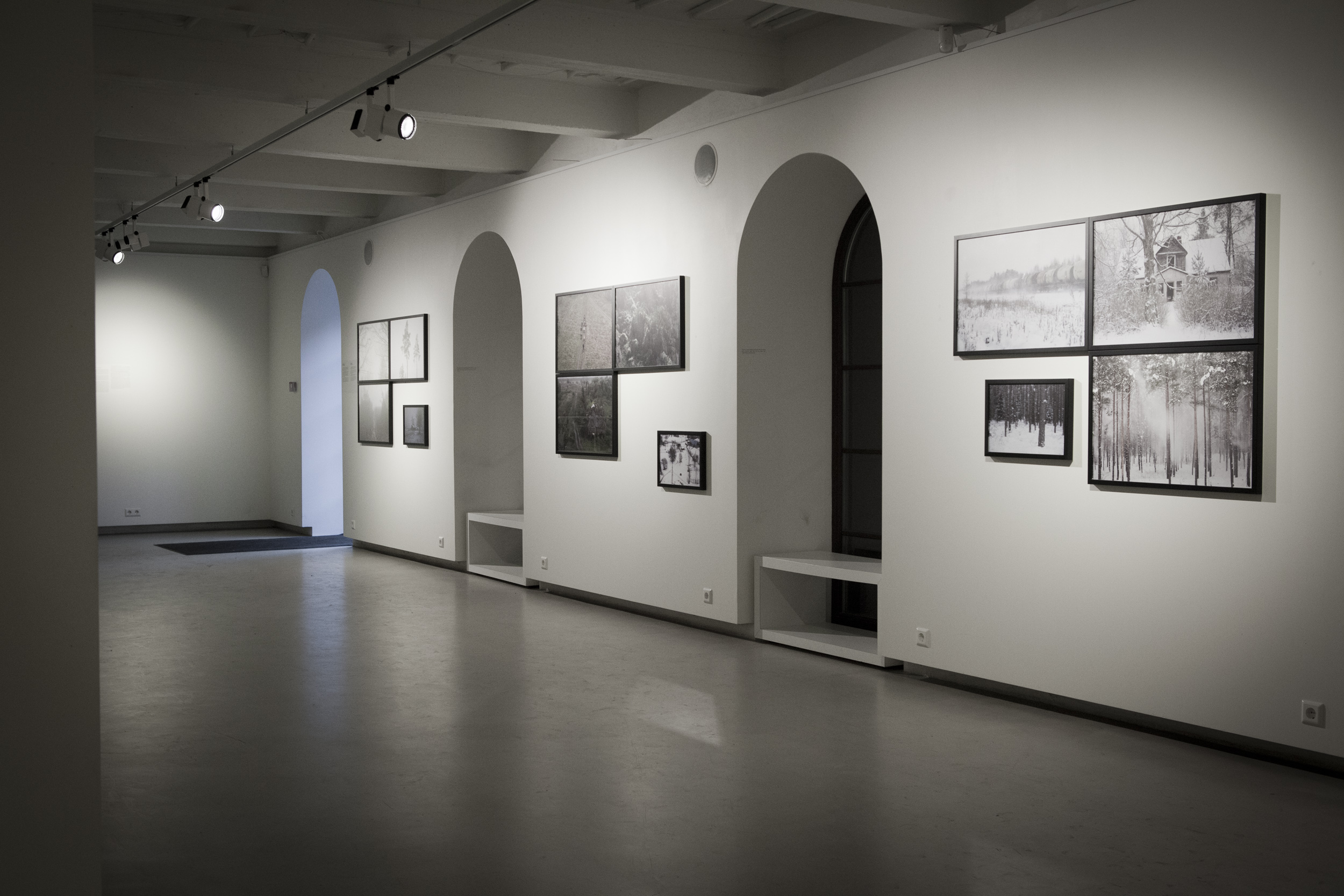 This year the world is commemorating the hundredth anniversary since the beginning of World War I, and the next year, the 70th anniversary of the end of World War II will be celebrated. Unfortunately, the post-war period brought no relief for Lithuania, because a year before the end of the war, the second Soviet occupation began, severe partisan battles, the third mass wave of emigration to the West, continuing deportations. It is hard to imagine the number of families’ fates that have been one way or another affected by post-war events.

Photography exhibition “Post-War Stories” is a visual narrative in a contemporary language of art that distinctively reflects stories that took place in Lithuania after the war and in a new way actualizes the past. The exhibition presents the artists that belong to a younger and middle generation of creators, thus they have not directly experienced the horrors of the war. However, these photographic series created within the past five years are associated with dramatic stories of their families or nations that took place in post-war Lithuania.

A photography project “Clear of People” by Michal Iwanowski (born in 1977, Poland/Wales) was inspired by the family history: In 1945 the artist’s grandfather was exiled from Lithuania by the Soviets; however, he run away with his brother from Kaluga labor camp and travelled over 2000 km to get back home to Lithuania: mostly on foot, avoiding people (so as not to be betrayed), at night. The artist, who did not have a chance to hear the stories about those times directly from his grandfather, yet based on the written memoirs of the grandfather’s brother who walked with him, in 2013 himself travels on foot through the woods from Russia through Belarus to Lithuania, in this way, symbolically replicating his grandfather’s epic journey, and thus trying to at least get a better understanding of what he had to go through to survive at the time. Observing surrounding views, the artist intuitively captures the landscape in the way his grandfather saw it (or at least close to it) almost seventy years ago. This is kind of an attempt to relatively reconstruct the past, about which, in fact, he almost knew nothing, and to present it through the subjective visual narrative.

Born in Lithuania, but since her teen years living in the UK, Indre Šerpytytė (born in 1983) analyses the questions of memory, trauma and loss in her photographs. According to the artist, the fact that she grew up in a foreign country provides an opportunity to look into her country’s history from a more critical perspective. A feeling that she no longer belongs in the home country initiates the quest for the roots; so in her work, the artist attempts to reconstruct the inherited memory, seeking its tangibility.

In Šerpytytė’s work series “Forest Brothers,” fragments of dense forest, captured in a cold stylistics, become a metaphor for Lithuanian partisan battles. After leaving their families and homes, partisans sought for refuge in the woods, which did not only become their hiding places, but also their home, and quite often a place of death and mass graves. The photographs capture laconic forest images that are silent, but filled with loss.

In the series “History of the NKVD-NKGB-MVD-MGB buildings,” the artist photographs little wooden houses, specially carved for this series, as if still life on the grey background, these turn into sculptural objects with no context in the photographs. The houses are made based on the photographs of former KGB control, interrogation, detention and torture centers, established in ordinary buildings in many villages and towns. According to Indrė, “usually, we associate homes with security; however, these buildings were turned into prisons and places of torture.”

In 1945 when the Red Army conquered East Prussia, Königsberg was destroyed, and thousands of adults were killed, a lot of orphans were left on their own, and they had to come up with various ways to obtain food and shelter. Many children strayed to Lithuania, here they moved from one homestead to another, begged for food, roamed in gangs in the woods and were dubbed “wolf children.” Quite a few of these homeless kids were adopted by Lithuanian families and helped out with the farm work. Adoptive families had to hide the German origin of the children, because of the threat of exile for providing the shelter, thus all were given Lithuanian names. Up till the restoration of the independence, no one talked about the “wolf children’s” existence. It was only after 1990 that the extent of this phenomenon started coming to light. Over 80 “wolf children” still reside in Lithuania. The artist dives into their past and observes their contemporary lives; she captures and through a snapshot tries to tell the world this painful story.

Curator of the exhibition Ieva Meilutė-Svinkūnienė

The project is funded by the Lithuanian Council for Culture