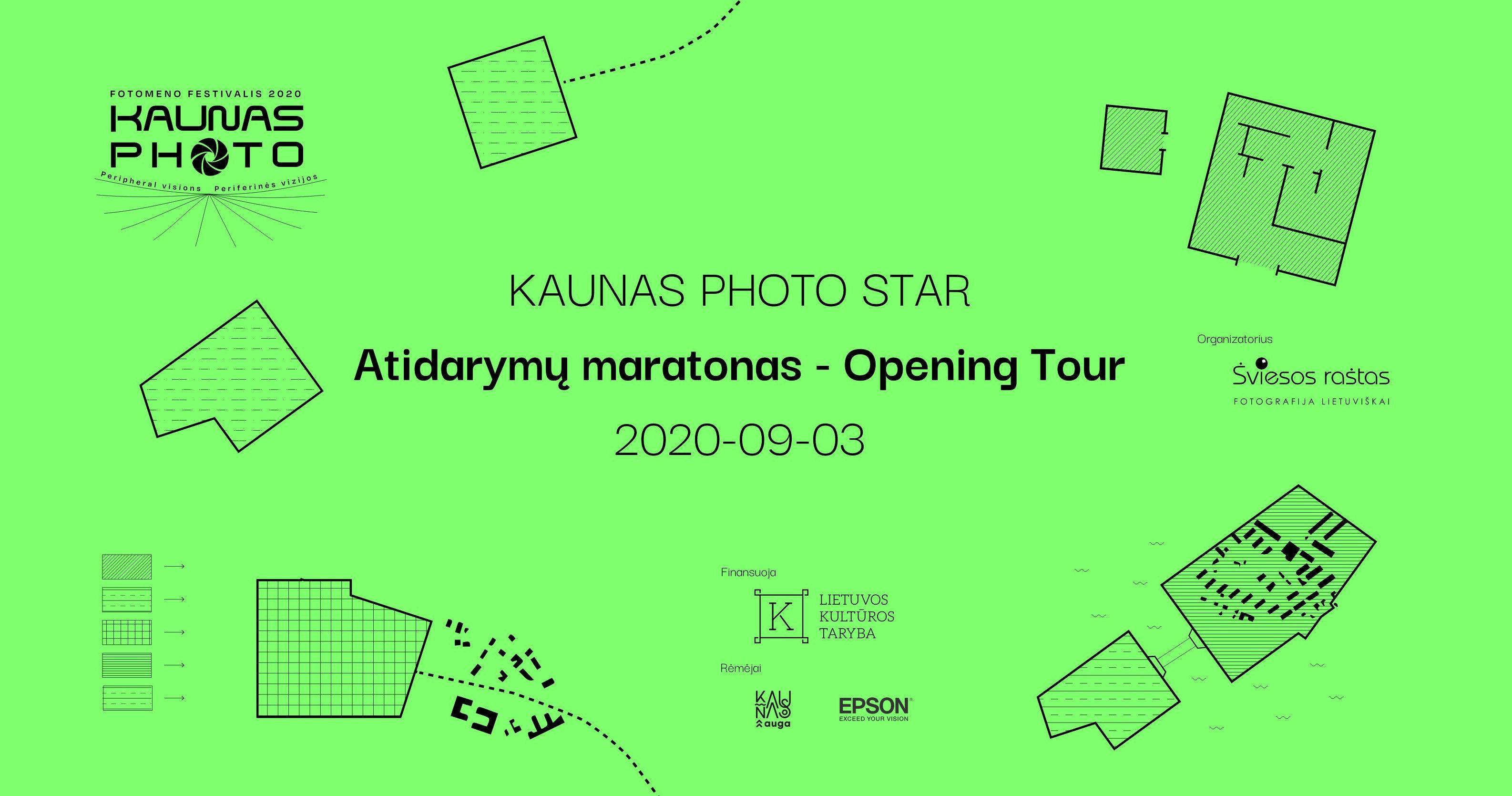 On Thursday, September 3, 2020, the works of the Finalists of the 17th KAUNAS PHOTO festival’s jubilee tenth edition of the photography contest KAUNAS PHOTO STAR on the topic “Peripheral Visions” will spread across galleries, museums and outdoor venues of Kaunas city. The opening marathon will wind all over Kaunas: the route will start at 1 p.m. in Chechnya Square, then continue in Kalniečiai Park (near Savanorių Ave.), drop in to Žemieji Šančiai district, visit the Center of the city, and, making its way through the Old Town, will finish at 6 p.m. at the door of Kaunas Photography Gallery, where the Winner of KAUNAS PHOTO STAR 2020 will be announced. The evening will continue at Maironis Lithuanian Literature Museum with the screening of the Finalists’ series and an artist talk by the photographer Dovilė Dagienė-DoDa. The opening events are free of charge and the exact timetable is at the end of this announcement. The open competition KAUNAS PHOTO STAR has been organized since 2010 by the festival KAUNAS PHOTO aiming to honor the future stars of photography.

Due to the pandemic, the festival had to find solutions and adjust the format of the exhibition openings. Every year photographers from foreign countries come to Lithuania, participate in the openings of the exhibitions and present their works directly, but this year they will speak to the audience through the screen. Many of the opening events, presenting the works by foreign photographers, will feature pre-recorded videos in which the authors will talk about their work. The artists and spectators themselves, who cannot come to the opening events, will not miss them either – the KAUNAS PHOTO festival will broadcast the exhibitions live on the festival’s Facebook page.

The topic “Peripheral Visions” has drawn the interest of Lithuanian photographers

The 17th edition of KAUNAS PHOTO festival was planned to celebrate the periphery, the province, the outback, l’arrière-pays. The COVID-19 pandemic and the fight against it imposed new rules and conceptions, and KAUNAS PHOTO festival invited photographers to present works to KAUNAS PHOTO STAR 2020 competition on the topic “Peripheral Visions”, expecting works aiming to look at what is on the margin, just across the window or the border that we can or cannot cross, to discover the spaces, places, lands, areas that usually were in the periphery of the vision. In 2020, the festival turns the spotlight on what became important, what was less so, what was taken for granted or simply undermined until now.

The traditional, already the 10th KAUNAS PHOTO STAR contest has attracted the interest of photographers from all over the world: 170 series by photographers from 38 countries were submitted to the open call. The organizers were pleased by the fact that Lithuanian photographers, who submitted 19 series to the competition, were among the most active participants. This was the first time in a decade of the history of KAUNAS PHOTO STAR, that Lithuanian photographers have formed the largest group of participants. Of these, two Lithuanian series made their way to the finals. The finalists were selected by a nine-member international jury panel of photography experts from Lithuania, Poland, Denmark, France, Italy and New Zealand.

Although the jury of the KAUNAS PHOTO STAR contest planned to select eight finalists, due to the very dense vicinity of the shortlist, the commission decided to expand the list to top ten. The ten KAUNAS PHOTO STAR Award 2020 Finalists are:

The photographers selected to the finals are running for the grand prize of the competition – a solo exhibition at Kaunas Photography Gallery during the festival KAUNAS PHOTO and a cash prize of 2500 EUR. The works of all finalists will be displayed in a joint exhibition in various galleries, museums and open air venues of Kaunas city.

KAUNAS PHOTO STAR Finalists’ exhibition openings will take place in Kaunas on September 3, 2020, and  the Winner will be disclosed at the end of the day at the door of Kaunas Photography Gallery. Spectators who are unable to attend the exhibition openings during the whole afternoon are invited to participate in any part of the route. The opening events are free of charge.

An important reminder: due to the COVID-19 pandemic, it is necessary to wear mandatory protective equipment and keep safe distances during the events. The events will be photographed / filmed for publicity purposes.