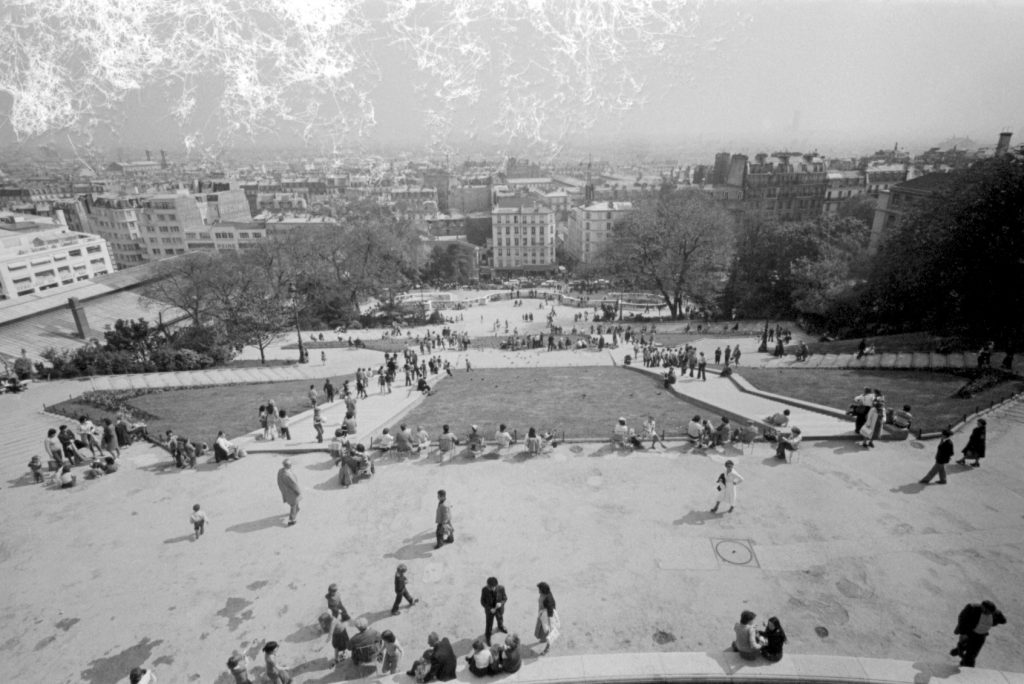 From 8th to 23rd of December in Kaunas Photography Gallery will be held Juozas Budraitis’ exhibition “My Paris”.

In 1979, after much of what was foretold had occurred, and even more than Karl Marx and his followers had predicted – the Spring of Nations; the October Revolution; two World Wars; the Nazi-led holocaust and gas chambers in Auschwitz; the use of atomic bombs on Hiroshima and Nagasaki; the Stalinist repression; The Gulag Archipelago and many other dreadful crimes committed by, and against, humanity – a group of international actors gathered on the set of a film production. The international acting group was comprised of a Lithuanian, Juozas Budraitis; a Russian, Valentina Titova; a Bulgarian, Venceslav Kisiov and a German, Renate Blume, who had all been invited along by the soviet director, Lev Kulidzhanov. Accordingly, the film was produced during a peaceful time (with the exception of the Cold War – which reflected a permanent state of civilisation, where war was represented through the changing and rearranging of ideological structures over time). And it seems, during this time – to play upon the aphorism of Heinrich Heine: God must have been really bored. For He not only opened the window and decided to stare at Paris – he sent Budraitis out for a walk in it. There were not too many scenes involving Budraitis in the film by Kulidzhanov, so, in his spare time, the actor did not miss the opportunity to plunge himself into experiencing Parisian life. To say it plainly: he wandered around the city and photographed what he saw.